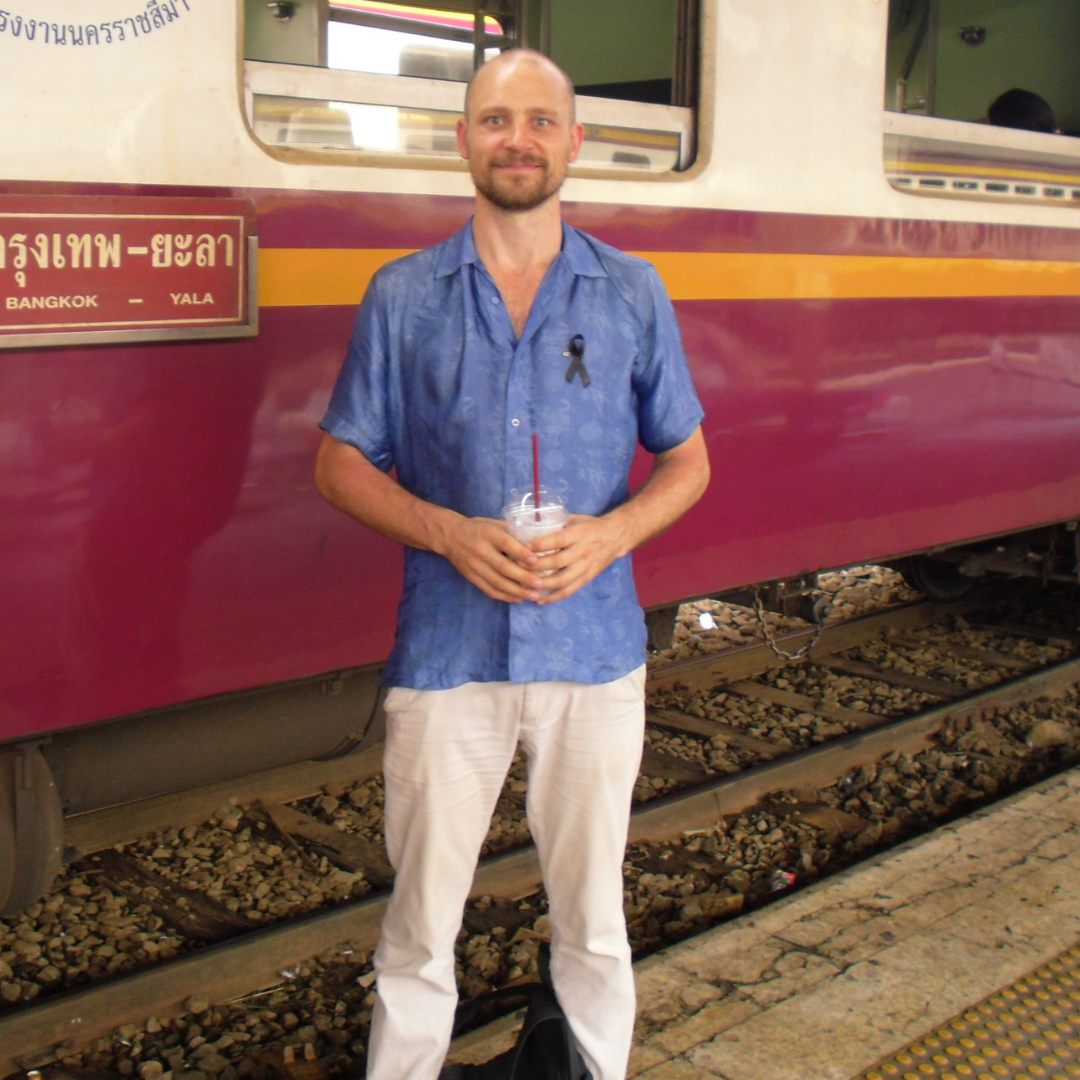 As a young boy I was privileged to see a lot of our beautiful world. The Philippines, Indonesia, Japan and Malaysia, and also Russia, the Middle East and the US. All faraway places. In those days these destinations were highly uncommon and pretty expensive to reach, so the only way of getting there was by flying. Sitting in an aeroplane was thrilling and exciting, and my childhood dream was therefore to become a pilot. Nevertheless, it all went differently and I decided to study aviation technology instead. I was even doing research into how to make flying less polluting, by using satellite navigation and computer systems to calculate the most optimal flight path as a way of saving kerosene.

While undertaking this research, I began to realise that the aviation industry is not at all progressing towards a sustainable system. Flying seems beneficial for humanity, as it is a cheap mode of transporting people and goods, but that is only if you look at it from a short-term perspective. Its tremendous growth has resulted in a system with so many negative effects that in the long run – and even in the near future – it cannot be beneficial for humankind. In more ways than one, flying has lost its sex appeal.

When I heard about this new movement, Flight Free, I felt that this is the way forward. As someone who loves seeing the world, I was then amazed to learn about all the sustainable alternatives. And there are many! Take the train for example. This marvellous piece of engineering can take you through beautiful landscapes and to spectacular cities. It had already brought me to exotic places in Europe and Asia.

“But it takes too much time,” friends constantly tell me. Good point. But think about it this way: We can do two things. Either we can be more efficient, reducing our transport time as much as possible and going quickly from one place to another. But this is stressful, and while it sounds counter-intuitive, when we try to go fast, we actually end up wasting more of our time with things like waiting around at the airport or standing in queues.

Or we can take more time to do the things we like, and do them well. In my case this means more time for travelling. When I took the Trans Mongolian Express from Europe to China several years ago, it was a real revelation. By taking the train, I saw and felt how big and beautiful the earth is, and I encountered the loveliest people. I learned more from this way of travelling than from just taking a plane, sitting like sardines in a can, looking at some movies with earplugs in and being detached from my surroundings. Something that seems ‘inefficient’ and ‘stupid because most people do otherwise’, might not at all be so.